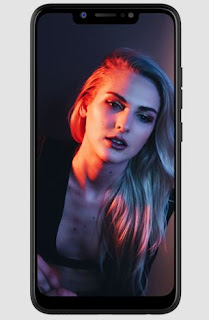 Tecno has finally launched it’s first notch screen display smartphones, one of the most powerful among them is the Tecno Camon iClick 2. Tecno fans who loves the notch screen must have been waiting for this, well congrats.

Just like what we have on the Infinix hot s3x, we have it on the Camon iClick 2. Both devices look quite the same with their dual back cameras being placed vertically with the LED flashlight beneath them, a rounded corner fingerprint sensor at the rear side, loudspeaker, mouthpiece and audio jack port at the bottom but i believe there should be some changes made in maybe the hardware or the design somewhere. let’s find out.
DESIGN & DISPLAY
Tecno Camon iClick 2 is designed with both metal and plastic, featuring a notch display design, triple camera design (2 back + 1 front), glossy finish back cover just like what we have on Phantom 8. It has up to 7.56cm in broadness, 0.78cm in thickness and the device is designed in two colors, Blue and Black.

The device is not yet officially launched in Africa but i believe it should be their next product in the African Market, however, the device is available in India, so if you can’t wait, you can call up your friend in India to send you one.

The display, Camon iClick 2 features a 6.2-inches display size with HD+ IPS, LCD capacitive touch-screen display type. It has 1500 x 720 pixel, with up to 24 bit color depths in terms of display resolution.  It features 19:9 aspect ratio giving the device a large display and a small bezel to the sides but a thick bezel to the bottom, a 2.5D curved glass on the surface makes the phone look much prettier.

Tecno Camon iClick 2 is spots a dual camera of 13MP (wide angle aperture f/1.8) + 5MP at the rear side, which are vertically placed, having an image dimension of 4160 x 3120p, it supports full HD recording, auto and touch focus and many more to seen below in the full specs table.

The front camera is 24MP with wide angle aperture f/2.0, front flash light to enhace shots in a low light environment and a face recognition but it actually picture recognition. 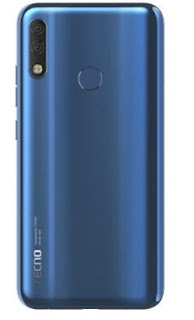 The Camon iClick 2 is equipped with a 4GB LPDDR3 RAM with a memory speed of 933MHz, it also houses a 64GB internal memory which can be further expanded using a memory card with support up to 256GB.

Tecno Camon iClick 2 is equipped with a Li-Polymer 3,750mAh non-removable battery with a fast charging technology. it has a standby time up to 290 hours and internet surfing time up to 6 hrs on a fully charged bar.

The device runs on HiOS v4.1 based on Android v8.1 Oreo which comes with some pre-installed Google apps.