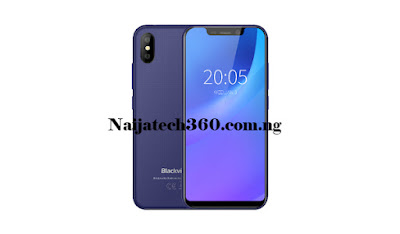 Looking for the cheapest smartphone online with a Notch Screen design?

Blackview A30 is the one you are looking for; Having a 5.5-inch notch screen display size, Face ID, dual back camera and many more, I think you should be satisfied with it.

The device might not be made for heavy android user’s but it ok. If you can use a mobile phone like the Tecno K7 then you can use this too and the Blackview A30 has more specs advantage than the Tecno K7.

The display pixel might be low but it still displays images and videos in vivid colors. The phone display is being compared to iPhone X on Blackview website, maybe you should check it out and rate the display yourself but according to me, it pretty awesome with not really much different in displaying images.
HARDWARE & MEMORY

“The Cortex-A7 processor provides up to 20% more single thread performance than the Cortex-A5 and incorporates all features of the high-performance Cortex-A15 and Cortex-A17 processors.”

The processor actually enhances the speed of operation on the device. When being compared to iPhone X, it actually performed well so be rest assured.

The Blackview camera might not look or sound great to you because of it’s low camera pixel but I guess we shouldn’t be expecting more than that from an $89 mobile phone.

It features a 5mp front camera and a dual back camera of 8mp CMOS BSI sensor technology type, f/2.4 wide angle aperture size with LED flash-light  which is quite ok to me.

It houses a Li-ion (Lithium-ion) battery type with just 2,500mAh battery capacity which is removable.

The Blackview A30 has the intelligent face recognition(face ID) which makes unlock quite faster and save you the stress of typing in PIN/Passowrd plus a fingerprint ID. as an option. Data on this are safe if one of this ID’s are active.