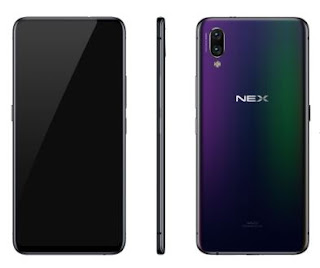 Vivo Nex features an ultra all-screen display like the iPhone X families, Oppo Find X, and others that you know of. I believe all smartphones will be designed this way starting next year with new improvements, the Vivo NEX gives no room for front camera, earpiece and it has no fingerprint scanner that can be seen neither on the rear side of it nor the front side but instead, Vivo integrated the fingerprint ID into the screen of the device.

The design is really great and the camera sliding out from the top is really good (The camera pops out when the camera is switched over to the front camera and it takes not more than two secs and this is made possible with highly sophisticated micro-stepping motor, an independent driver IC and a precision control algorithm) and i think this design was adopted to avoid the notch design, so for those of us that don’t really fancy the notch display like what we have on iPhone X, XS, XR, XS MAX, Blu vivo XI, Ulefone X, and others then i think you are going to love the look and feel of this one.

NEX features a  6.59-inch super AMOLED FHD+ display with 19.3:9 aspect ratio which makes the screen of the device more wider while the device body is measured to be 5.68-inch. It has a resolution of 2316 x 1080p resulting into having a pixel density of 388 pixel per inch which is quite lower than what we have on Samsung galaxy S9+ (529 PPI) and other smartphones of it category but higher than the low ends smartphones.

Vivo NEX is equipped with an 8MP with f/2.0 aperture front camera which slides out from the top of the NEX and a dual rear camera of 12MP with 24 million photosensitive units and f/1.8 aperture + 5MP with f/2.4 aperture. 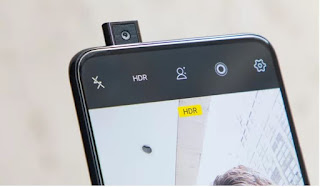 The Vivo NEX S is not just designed to please the eyes but to also perform large operations. It houses an 8GB of RAM which is more than enough for any task that needs to be performed on the device ranging from playing heavy games, multitasking, launching large apps, surfing the internet without experiencing any slow movement e.t.c. it is further equipped with 128GB which is OK,  just that the Vivo NEX  doesn’t allow memory expansion which is quite not ok for me.

It runs on Qualcomm Snapdragon 845 chipset with a 64-bit CPU Qualcomm Kryo 385 plus higher 10nm design with a clock speed of 2.4GHz. It features Adreno 630 GPU.

The NEX  houses a 4,000mAh durable non removable battery which will last for 13hrs surfing the web on 4G regardless of it’s large screen display which consumes power.

Vivo NEX  runs on Funtouch operating system based on Android 8.1 Oreo. Now, this OS doesn’t look nor feel like the Googles OS but rather like an IOS on Android device, what do i mean? Vivo relocated the quick toggle, brightness tool and others to a panel that is only displayed by swiping up from the bottom on the home screen which is the same as what we see on the iPhones, and  a swipe down on home-screen will take the user to a search pane and no app drawer.

The device has an additional AI button on the left side of it which functionality is to bring the Google Assistant to it user when pressed and hold.  it doesn’t stop there, NEX comes with Google lens like what we have on the Samsung Galaxy S9 and if it is your first time seeing this, i’ll explain.

Google lens is an AI program backed by advanced deep learning algorithm for an array of great functions. What are these functions? identifications of objects, landmarks, common animals, plants, allow users to search what they see, add events to calendar, it increases optical character recognition accuracy and more.

Quick review of the Vivo NEX