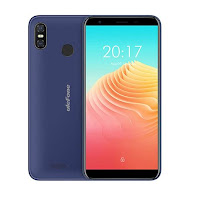 First time seeing this phone? if yes, let me put you through the basic parameters. The Ulefone S9 Pro is a cheap smartphone (budget mobile phone) equipped with fine specs and features with it price range between $78 – $120 and it is elegantly designed using a metal frame, plastic back cover, featuring an 18:9 aspect ratio and a face and fingerprint ID. Nice right? but before you conclude, let’s take a look at it’s specs and review.

ADVERTISEMENT
The display quality will be of no doubt, excellence. in-cell technology in place, vivid color display, clear video. check out the Ulefone X if you want a cheap notch screen display smartphone.
HARDWARE & MEMORY

Ulefone S9 Pro is equipped with a 2GB RAM with a speed up to 667MHz and 16GB ROM. The device runs on MediaTek MT6739 quad-core processor clocked at 1.3GHz, allowing for smooth multitasking and seamless switch-over between different apps plus an optimized Android v8.1(Oreo).

The internal storage can be further expanded using an sd card up to 128GB.
CAMERA

Ulefone S9 pro is designed to have a dual back camera of 13mp + 5mp with a nice f/2.2 wide angle aperture, bokeh effect that makes pictures really nice, 5-Element Lens, a dual flash light to bright up a dark environment and an auto-HDR.
The device gets an 5mp front snapper with nice features and f/2.0 large aperture.
BATTERY & POWER

The device houses a 3300mAh battery along with smart energy- saving management, and the battery is removable.
It has up to 20 hours of music play, up to 250 hours of standby time, up to 7 hours of uninterrupted video playback, and talk time of up to 18 hours.
IDENTIFICATION SYSTEM

The device support a speedy face ID. The Face Access technology gathering more than 128 facial features to verify the user making Unlocking your phone so simple, fast, natural and effortless.

It has a fingerprint sensor at the back, it features a 360 degree identification making unlocking the phone faster within at least 0.1s, and a 5 ID enrollment feature.

Umidigi One and One Pro