Samsung A80 review and price in Nigeria

Ever thought of a smartphone with a single camera mode designed to take both back and selfie shots? If Yes, you are with me and if no, welcome to a smartphone like minds 😂😂.  Samsung has introduced a superb device into the market with extraordinary specifications, I introduced to you, SAMSUNG GALAXY A80.

I dislike most selfie cameras on smartphones, no matter the hype, I still hate them because they are limited to the amount of light going into the imaging lens making it nothing like the quality picture taken with a back camera. So, I developed the habit of using my back camera for selfie shots which most of us probably do too 😜.

Now I know am not alone, with Samsung engineers and designers having the same thought, they developed Samsung Galaxy A80 with triple lens camera used for both back and selfie shots without having to turn the device all way round to take a selfie.

Wondering how it is possible right? Well, it has a rotating camera which works perfectly well and it pretty fast when it comes to rotating to the front mode to take selfies plus the device is a sliding device, meaning you have to slide the back up before you can use the front camera since it a full-screen display as seen above.

The device comes with lots of fine specs which will be discussed briefly below.

SAMSUNG A80 DESIGN AND DISPLAY

The design adopted on the Samsung A80 is pretty amazing with a full-screen view without notch nor punch hole for a front camera like Samsung A60 or M40. The design is just like what we’ve seen on the Mi Mix, Lenovo Z5 Pro, and other sliding smartphones.

The device has a clean smooth glossy curvy back cover, and the whole device design is based on glass + metal frame which makes it fit right into the user’s palm. Samsung Galaxy A80 is will be available in angel gold, ghost white, and Phantom black.

The display quality is another thing Samsung A80 has to boast about. It features a 6.7’’ inches FHD+ super AMOLED near bezel-less display screen, 2400 x 1080 resolution resulting in 393-pixel-density. Tiny bezels to the top, both side and a small one to the bottom.

Let’s start with the battery performance; it houses a 3,700mAh non-removable battery capacity and a 25W super-fast charging technology to serve as a back-up for the medium battery capacity. The device is also designed to learn a user’s daily battery usage outline to serve better by closing unused apps.

It is powered by an Octa-core processor clocked at 2.2GHz + 1.8GHz frequency speed with 8GB RAM which is so nice of Samsung to put on the Samsung A80. The internal storage is just 128GB and it doesn’t support expansion which is a minus for me.

There is no physical fingerprint sensor on the A80, Samsung went with the in-display fingerprint which is said to be more secure and accurate than the old fashioned one. Bixby assistant has been worked on to serve better by adapting to the life of the user; it turns on night mode to get user’s eyes ready for bed, turns off unnecessary functions to help save battery if a user forgets to charge before sleeping and it keeps the device unlocked and plays music when user gets into a car according to Samsung.

The triple camera design will be superb with an 8MP ultra-wide camera with f/2.2 aperture, a 48MP primary camera with f/2.0 aperture and a 3D depth camera with f/1.2 aperture. Users are getting the same image and video quality on both front and rear camera mode which is the nicest of all a smartphone can get.

Imagine Google pixel 3, 3XL, Huawei p30 pro, Samsung S9, S10 series having a single camera mode just like Samsung Galaxy A80, it will be stunning.  The device lets users shot like a pro with the ultra-wide camera lens plus an analytical software.

The 3D depth sensing camera creates less distraction in both image and videos by blurring out the backgrounds that might be distracting or unwanted. The camera is AI oriented to  deliver scene optimization (30  modes) which helps redefine shots based on the scenes (food, sky, baby, dog, cat, face, people, beaches, mountain, stage, text, clothes, backlit, night view, flowers and many more) and it also has an extra feature of measuring anything on a go.

Matthew John Alex
I am the founder and CEO of Naijatech360 and Naijanews360, I am a computer scientist with passion and love for blogging (Mainly Tech). I love publishing and discussing new technological innovations with friends so I decided to tell the world too.
What people are reading
Samsung
MORE
Read More
7600 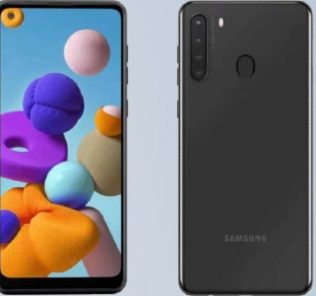 Samsung Galaxy M40: Worth it or not?
Next

Elephone U2 price and specs in Nigeria
Top Stories