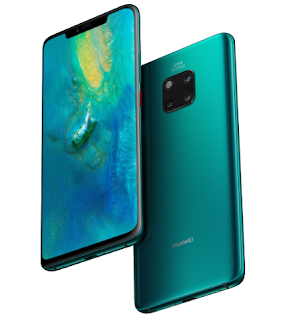 I must admit this is the best smartphone i have ever seen so far after LG V40. Huawei has topped up the game again by creating a beautiful and elegant smartphone mix with all the new techs and designed adopted by smartphones manufacturers in 2018. Now what do i mean by “Adopted all the specs “. The selling point of smartphones produced in 2018; lets take Samsung, it selling point is the 3D curved edge to edge design with nice superb quality camera and AI, Oppo find X is also an all screen smartphone with 3D curved screen just like the Samsung galaxy series with curved surface but it has more screen than any of the Samsung galaxy series phone to the extent of having no room for a selfie camera plus AI, now to Vivo NEX, it also has the same design like the Oppo find X with pop-up camera but without 3D curved edge and now the iPhone X, XS, XR and XS MAX, we all know these guys are selling notch, camera and their impressive AI tech.

These phones mentioned above are classic phones with top specs and high performance, wide quality display, fast processor with AI and many beautiful things you want from a phone but Huawei has combine all this phones specs into one, i introduce to you “Huawei Mate 20”.

Huawei Mate 20 Pro is the next generation of smart Phones, combining the notch of the iPhone X, 3D Curved edge to edge of the Samsung, triple camera design like the LG V40, in-screen fingerprint ID like the Vivo NEX, a high resolution OLED display technology like the latest Samsung Galaxy Note 9 , plus it has an upgraded AI and super-fast processor.

Huawei Mate 20 Pro has combined all design and tech of all smartphone launched in 2018 into one in order to offer higher service to it’s consumer and it was launched on the 16th of October, 2018.

The device is made from glass with a curved screen and a metal rim, it has no headphone jack which i don’t find disappointing because apple and other products has adopted that style too. it is majorly available in black, emerald green, blue and a twilight color design and the back reflects with light, it is further equipped with wireless charging and is IP68 rated for water, splash and dust resistance plus it designed to support reversible wireless charging which means, it can power up an iPhone X or any device with a wireless charging tech by placing it at the back of Huawei mate 20 pro which is the first i have ever seen.

Huawei Mate 20 pro spots a large screen display of 6.4 inches with a display color of up to 16.7m, 3120 x 1440p in resolution with up to 538 pixel per density. The display of is fantastic and vivid with HDR support.

This phone can be operated using just a hand, it just a large screen on a normal big size inch phone.

Huwei has equipped the Mate 20 pro with a highly Kirin 980 chipset which is the first chip to use 7nm process technology. This is designed to offer extra and high performance, efficiency, stability, more graphics quality, improved AI processing up to 134% with low power consumption than the former chipset.

Huwei equipped the Mate 20 Pro with a Leica triple back camera of 40MP which has a wide angle lens and f/1.8 aperture + 20MP with ultra wide angle lens also and f/2.2 wide aperture and finally an 8MP Telephoto camera with f/2.4 aperture all combined together to give natural like image quality. These cameras support Huawei Artificial Intelligence image stabilization. To the front is a 24MP 3D depth sensing selfie snapper with f/2.0 aperture.

It is additionally equipped with some camera features like the cinema mode to enhance videos made, AI painting photography which recognizes up to 1500 scenarios plus 25 categories and others. 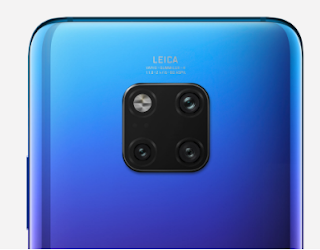 Mate 20 Pro houses a 4,200mAh, quite big huh? but not to worry, it is equipped with 40W fast charge technology with a TUV safe quick charge certification to ensure total trust of your device when it comes to power. Users can get  up to 70% juice in just 30min of charge.

The Huawei Mate 20 Pro further supports a wireless charging and a reverse charging technology as i have stated above.

It is equipped with wireless projecting; a user does not need an HDMI cable to project presentations on screen or watch movies, play games e.t.c and with a customized snorkeling case, Huawei Mate 20 Pro can be used to take pictures in the water using the under water camera mode.

This part is interesting, Huawei has done an incredibly great job making the Mate 20 Pro bring objects like toys to life. Users scan the toy and it comes live on the smartphone and it can be manipulated into dancing, running, and doing stuffs on the table e.t.c plus a 3D live Emoji too.

Huawei claims to be the first smartphone producer to equip a mobile phone with 1.4 Gbps LTE Cat.21 which supports up to 1733Mbps Wi-Fi download speeds for smart and sharp connectivity.