The Honor 10 Lite is definitely  made for fashion with its shiny glass back which comes standard black and silver colors, and also we have the sky blue color version of the device which reflects with light at all angles and it transitions from a light baby blue at the bottom to silver all the way to the top making the device looks very beautiful and attractive like the image above.

We have a dual camera laying vertically and an LED flashlight, a fingerprint sensor at the top third of the device back, the brand logo at the line of the AI camera. To the front side is a water drop notch wide display with a single camera in it, no flashlight.

Honor 1O Lite features a waterdrop display as mentioned above with a high screen to body ratio of about 85%. It has a display size of 6.21″ inch FHD+ LCD display with 2340 x 1080p display resolution, 19.5:9 aspect ratio bezel-less display and lastly a multi-touch-sensitive screen with COF screen craftsmanship. The screen is an LCD type so we should not really expect much from it compared to an AMOLED but it does deliver a very nice vivid crystal clear display with a pixel density of  415PPI (Pixel per inch).

Honor 10 Lite is equipped with just a single AI camera of 24MP to the front inside the water drop notch with f/2.0 aperture which performs quite nice and it has an AI feature which allows it to recognize up to 8 different real-time scenarios and it doesn’t just stop there, Honor gave the device a smart AI camera feature which enhances phot shots based on the users ages. The AI beauty features include AI; skin smoothing, skin toning, eye bags removal, eye enlargement, face slimming, light and shadow effect, oily glare removal,  eyes brightening acne removal and lastly, teeth whitening.

We have a 13MP main A1 camera with an f/1.8 aperture which allows more light into image sensor to produce stunning images, plus a secondary 2MP AI camera to handle the depth of field, bokeh effect, and portrait shots. The cameras can recognize up to 22 real-time scenarios, spots a semantic segmentation which is optimized with AI.

The device houses an in-house built chipset (SOc), the Kirin 710 chipset with an Octa-core processor clocked at the speed of 2.0GHz  alongside the 3GB to perform and get everyday tasks going smoothly and gaming on this device will be pretty awesome for it features a GPU turbo technology that enhances and improves the gaming experience. It is equipped with a 32GB/64GB internal storage space which can be further expanded up to 512GB and the Honor 10 Lite is powered by 3,400mAh non-removable battery with a fast charge technology.

Honor 10 Lite HARDWARE, SOFTWARE, AND OTHERS

We have a 3.5mm headphone jack to bottom alongside the micro USB port, and the single loudspeaker and finally a tiny small hole for the mic. The device runs on EMUI v9 which is based on Android 9 Pie and the EMUI is pretty cool with it flexible UI and user friend options like the TUV mode for the eyes in the night, video enhancer, noise reduction icon, scan to buy icon feature and translate icon which is all AI oriented. 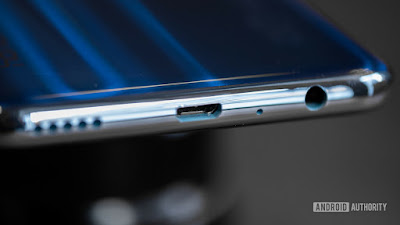 The device is designed to support dual SIM and Volte with three network modes (2G, 3G, and 4G).

Conclusion: This device is no doubt a cheap/budget smartphone by Honor and I think it really fair to be sold for just $217.

Co-Founder of Naijatech360 and Naijanews360