BLU VIVO XL4 VIVO is a new device by with lots of features to offer users by BLU Smartphones. The device is beautifully crafted and designed by BLU engineers with a well-structured body made with a metal material and plastic, dual back camera laying vertically plus an LED flashlight beneath them, a notch display optimized with AI, large screen with nice display quality, faster processor incorporated with AI to deliver.

The design is pretty much nice with narrow bezels to both sides but a big one to the bottom, a curved glass touch panel with a response fast to users touch.

The device looks a lot like the predecessor, BLU XI, and XI+ and I must say the XL4 is just an upgrade of both devices re-engineered by the designers/engineers.

BLU VIVO XL4 features small bezel and a big display, having up to 80.6% screen to body ratio, a 6.2″ inch HD+ display with 1520 x 720p display resolution, up to 24 bit color depth and up to 271 PPI (pixel per inch) in terms of pixel density and the type of display type used on this device is an IPS capacitive touch screen technology.

XL4 spots dual rear camera of a 13MP main camera with f/2.0 aperture which does well but doesn’t allow much light into the image sensor unlike a lower f-stop number e.g f/1.8 which is used by high-end mobile devices produced by brands like Samsung, Huawei, Apple, Google, and Oppo.

The device still does a very good job plus it has the secondary camera which is for depth sensing i.e it takes the depth of field object focus to deliver an epic camera shot in portrait mode with a PDAF laser focus. Down to the selfie is a 13MP front camera with f/2.0 aperture, 5P Lens and a flashlight to bright up users shots in a low light environment.

The camera uses up to 4-cell technology to improve the quality of shots/images most especially in a low light environment.

BLU Smartphones also equipped the XL4 with an interesting feature, the AI-oriented real-time facemoji to express yourself, a wide angle mode to take large wide selfies with all families, group and it kinda very useful when celebrating events like anniversary, graduation, matriculation and e.t.c, a slow-motion mode, professional mode and time-lapse. 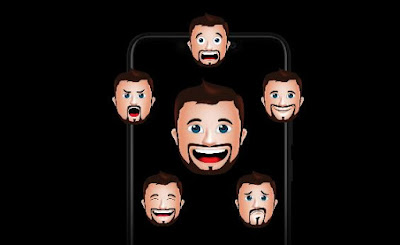 BLU VIVO XL4 is powered by a mid-range processor but highly upgraded to match the style of the device and deliver in all aspect as high as it could.

We have a 12nm MediaTek Helio P22 chipset which is incorporated with AI to deliver a beautiful user experience, the processor is an octa-core with 2.0GHz CPU frequency balanced with a 3GB RAM to make operations quite fast and smooth and an internal memory of 32GB which can be further expanded up to 128GB using a memory card.

It houses a 4,000mAh battery capacity which cannot be removed, it features a quick charge technology (5V/2A) but no wireless charge.

There is a headphone jack (3.5mm) found at the top while the power port (USB v2.0 micro USB) which can also be used for mass storage and the mic is located at the bottom,and lastly, the speaker is not the bottom this time but at the back looking like what we’ve seen on devices made in 2016.

The phone runs on Android v8.1.0 Oreo operating system which is made better with Google Assistant at users service, face unlocks system and fingerprint works smoothly with the OS and it receives security updates plus the device is to receive the Android 9 pie. it is further equipped with dual SIM slot with 2G, 3G, and 4G LTE network mode.

Co-Founder of Naijatech360 and Naijanews360